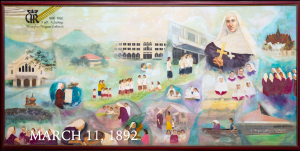 (Story of Assumption in the Philippines start on March 11, 1892)

The story of the Assumption in the Philippines is a story of God’s “kagandahang- loob” to the Congregation and the Filipino people. 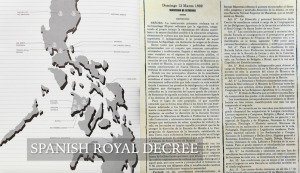 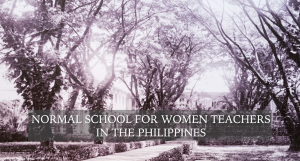 for women teachers in Manila.  Marie Eugenie saw the immense possibilities for good in this distant mission to the East and readily acceded to the Queen Regent’s wish.  The proposed foundation fully answered the Foundress’ educational vision – to pioneer women education in the Philippines. 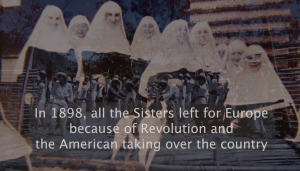 The outbreak of the Revolution in 1898 brought the school to an abrupt end.  The Sisters returned to Europe, having instilled in their students a deep appreciation for the teaching profession and a keen realization of their responsibility as the future molders of the youth of the land.  A distinctive characteristic of Assumption education was evident among its first students.  Among them were: Rosa Sevilla-Alvero; Florentina Arellano; Dolores Guerrero; Susana Revilla and Emilia Sacramento, who became 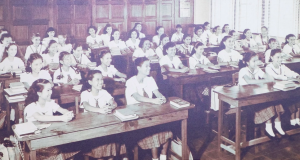 foundresses of the Instituto de Mujeres, the first lay Catholic School for women in the Philippines; Rosa Sevilla-Alvero and Florentina Arellano who became the only twowomen included in the staff of the revolutionary paper, La Independencia; and Librada Avelina and Carmen de Luna, staunch nationalists, who became foundresses of Centro Escolar University. 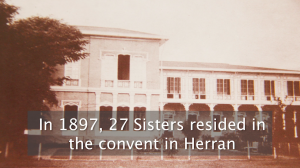 At the special request of Pope Pius X, a group of English-speaking Assumption Sisters returned to Manila in 1904.  The Sisters re-opened the boarding school for the elementary and secondary levels in Herran, Manila.   In 1910, a second boarding school was opened in Iloilo in Western Visayas at the request of Bishop Dougherty.  Both schools had as emphasis, character formation of young women in line with the Assumption philosophy of education.  A college department was added after 1950.  It was later phased out in 1976. 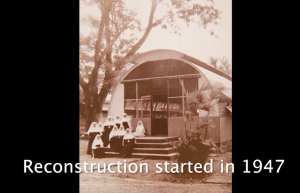 In 1940, a college department was added to the school in Herran, Manila.   However, the convent and the school were completely burned down during the Liberation in 1945.  At the request of the alumnae, the Grade School and the High School were re-opened in June of the same year.  Most classes were held in quonset huts built on the ruins of the school since only one building remained standing after the war.  In 1947, Mother Rosa assisted by Mother Esperanza began the work of reconstruction. 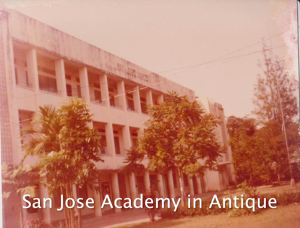 The Assumption expanded in the 1950’s to answer the needs especially of the rural poor.   San Jose Academy was opened in 1955 and Sta. Rita Academy in 1958 for both girls and boys in Antique.  The Assumption Sisters also went northward towards Baguio and opened Mount Mary Primary School.  The school moved to Crystal Cave subdivision in 1965 under a new name, St. Martin de Porres Grade School, 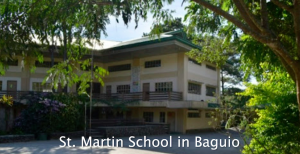 for the surrounding tribal villages.  A retreat house was also established in the new site.

In 1958, a second Assumption School was built at San Lorenzo Village, Makati and the College moved into it in 1959.  In 1973, the High School in Herran moved to San Lorenzo and the Grade School in San Lorenzo moved 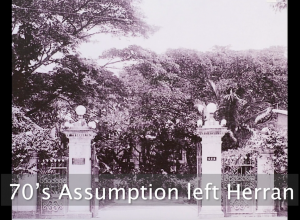 to Herran.  In 1974, with Malate fast becoming a commercial center in the tourist belt, the property was sold, and the Grade School moved to Antipolo.

In line with the spirit of Vatican II, more socio-pastoral apostolates for the urban poor communities were opened in 1968 with the help of the Assumption alumnae, the Maryville Homes and San Juan Nepomuceno School in Malibay, Pasay City, and the Assumption Socio-Educational Center in Barrio Obrero, Iloilo City. 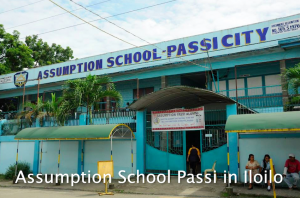 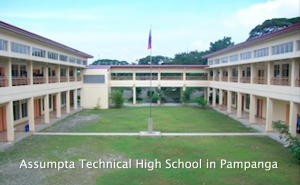 The 70’s were marked by social unrest and the Assumption Sisters were present to the local Church and the disadvantaged sectors.  The Assumpta Technical High School and the San Simon Integrated Rural Development in Pampanga were established in 1970 in partnership with the Mother Rosa Memorial Foundation; the academic administration of La Salette College and High School in Santiago, Isabela was assumed from 1974 to 1977; the administration of San Isidro High School in Kadingilan, Bukidnon was undertaken from 1978 to 1997; and the parish ministry in Puerto Rivas, Bataan was animated from 1978-1980.  Parish assistance work in Kauswagan, Lanao began in 1980 while campus ministry started in Xavier University, Cagayan de Oro City.  In the same year, the Philippine Province sent off the first Sisters to start a mission post in Thailand.  Today they are found in Bangkok and Thabom.

Sisters and lay missionaries have embarked for Japan, Cameroon, West Africa, Sweden, England, and the United States to answer their missionary call.

In 1998, the Religious of the Assumption – Philippine Province celebrated the 100 years of God’s “kagandahang- loob” – His gracious and bountiful love – in the Philippines.  Grace continues to overflow, as generation after generation of sisters, alumnae, friends, and partner organizations incarnate in their lives the spirit and vision of St. Marie Eugenie. 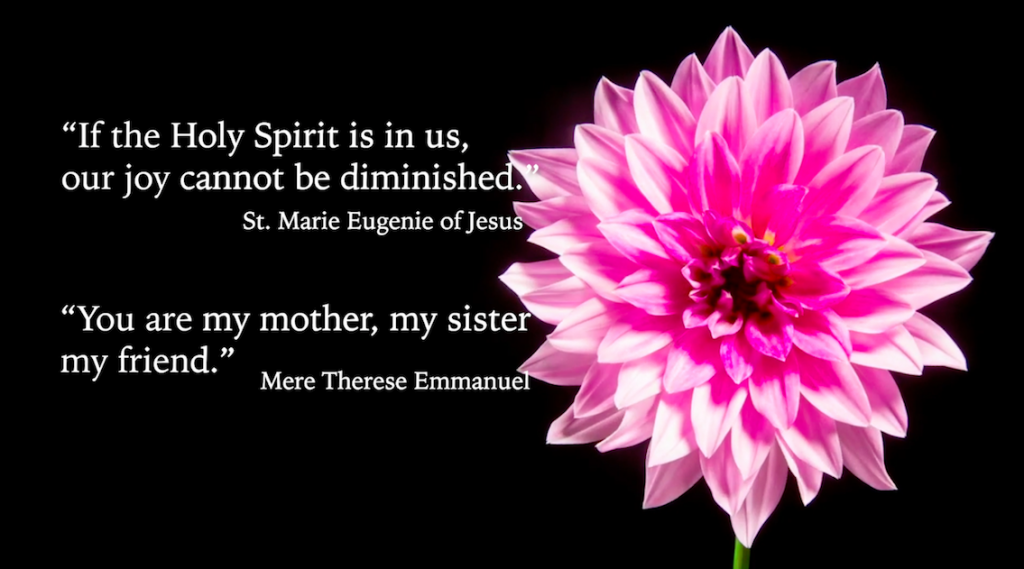